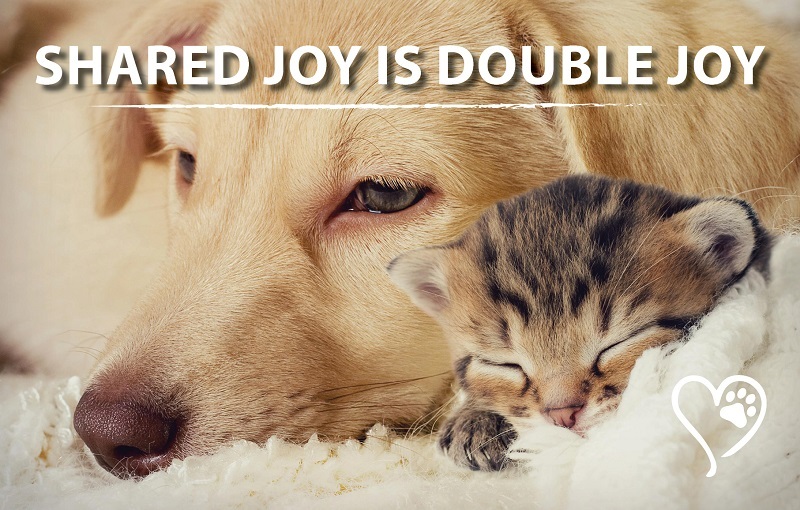 Mego is launching charity campaign “Shared Joy Is Double Joy”, urging one and all to donate food for pets in animal shelters.

Initially the campaign will run in 8 cities and towns of Latvia – Riga, Cēsis, Brocēni, Liepāja, Ventspils, Jēkabpils, Rezekne and Daugavpils, where special donation boxes will be placed at Mego stores.

The little souls that, for one reason or another, end up in a shelter are longing for love, but they need food just as much. The shelters we will be cooperating with during the campaign receive no or very limited financing from their local governments, the shelters are run on donations and by volunteers. Food makes up a very substantial part of animal shelters’ spending, and that is why such support is very important to them.

The charity campaign is organized in cooperation with the animal shelter of Liepāja Canine Association DzAG, which earlier organized a similar campaign on the local level. Now, together with Mego chain stores, the campaign will be organized on a far larger scale.

It is not a coincidence that the motto of our initiative is “Shared Joy Is Double Joy” – while we love and care for our pets, we can also make animals in shelters happier by donating for their food. However, if you wish so, you can also put food bought elsewhere in the donation box. Bear in mind though that only food in original packaging may be donated. We will not be able to accept unpackaged kibble or homemade food out of concerns for the health and safety of our four-legged friends.

Customers may also leave other things necessary for pet care in the donation boxes. Further information is available on each animal shelter’s website, on social networks, or you can call a shelter to find out more. All donations have to be undamaged and in good condition, so the donations do help the animals and make things easier for the shelters. Big Lottery 2018!00-24 shops
Cookies provide us with an opportunity to improve your features as a user. By continuing to use our site, you agree with the use of cookies.
Read moreOK